From the time we launched intercollegiate athletics in the early 1970s, Mercyhurst has led the way in defining the successful student-athlete. Mercyhurst seeks to build upon this tradition of innovation by creating a plan that redefines the student-athlete experience in a historic way. The plan is here.

Mercyhurst is launching our first-ever dedicated capital fundraising effort for athletics – Laker for Life: The Campaign for Mercyhurst Athletics. Throughout this campaign, every athletic facility on our campus will see functional and aesthetic upgrades, and we will welcome a third on-campus outdoor facility when we bring Mercyhurst University softball onto campus for the very first time.

No detail will be overlooked, no stone left unturned, no idea left out of the discussion. Before us is a chance to provide our student-athletes with the first-class facilities that will become synonymous with the Laker name.

There are many ways you can support the campaign;
whether you give or volunteer, this will truly be a team effort!

The Laker for Life campaign will make an impact on every on-campus athletic facility. Throughout this project we anticipate all 600+ student-athletes benefiting from improvements funded by the campaign. Over the next three years, Mercyhurst will invest $9.5 million into facility renovations aimed at providing a first-class competition venue for our student-athletes. Months of planning have been invested into the planning for each facility:

The two existing outdoor athletic fields on campus require upgrade and repairs. Both fields will receive new artificial turf with improved curbing and perimeter aesthetics. Tullio Field at Saxon Stadium will receive upgraded LED lighting immediately, with similar lighting planned for later in the campaign at the baseball/soccer field.

The most significant change as part of the outdoor complex lay in the addition of a third on-campus field. Mercyhurst University is partnering with Mercyhurst Prep to renovate the open space located between the University and the Sisters of Mercy Motherhouse to the south of the existing fields. This new multipurpose field will bring the softball program onto the campus for the first time in school history. The field will be home to the Mercyhurst Prep soccer and softball programs and will also serve as an additional practice and competition field for the University’s soccer, lacrosse, and field hockey programs. The new field will also feature LED lights, becoming one of very first softball facilities in Northwestern Pennsylvania with artificial turf and lights.

Perhaps the busiest athletic facility on campus, the Mercyhurst Ice Center calls for some major renovations. During the summer of 2019, the University will replace the ice making system, rebuild the floor, and replace the dasher boards and glass providing a first-class playing surface for the region’s only Division I hockey programs.

Additional upgrades in the planning stage include expansion to the VIP spectator area, the press box, and potential upgrades to the seating structures. Significant aesthetic upgrades are also planned throughout the arena and will transform the experience for student-athletes as well as the tens of thousands of spectators who visit the Ice Center each year. Additional plans call for a major expansion to the building’s locker room facilities. Continuing the momentum from the 2017 renovations of the varsity hockey locker rooms, summer 2019 will see the construction of permanent homes for the women’s soccer and softball teams.

The home to the University’s basketball, wrestling, and volleyball programs is also due for a makeover. The current playing surface is nearing the end of its usable life and will be replaced in the next several years. Several functional upgrades are being considered as part of this campaign, all aimed at providing an improved playing surface, better spectator viewing and accessibility, and helping our Laker teams that call this venue home continue to achieve success at the highest level.

The University also plans renovations to the Rowing area, home to the region’s premier program with a worldwide reputation for success. The partnership with Mercyhurst Prep continues in this space with upgrades allowing for greater access and additional square footage making a greater impact for our student-athletes. 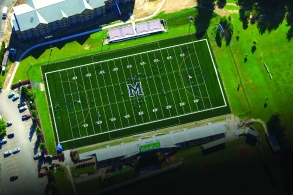 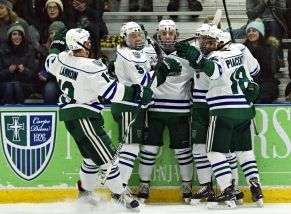 Together Mercyhurst University alumni, parents, and friends will come together and provide a set of first-class facilities for our student-athletes.

All gifts made via the Laker for Life campaign will directly benefit our over 600+ student-athletes. Gifts are tax-deductible and numerous naming opportunities are available. For more information regarding naming opportunities, corporate sponsorships, and more please contact Ryan J Palm ’07, associate vice president for advancement, at 814-824-3320 or rpalm@mercyhurst.edu.

You can show your support by making a gift for the campaign using the secure form below.

Fill out my online form.

Just as our Lakers compete as a team, so too will it take a team effort to make the Laker for Life campaign a success. The University is investing hundreds of hours on planning the future for Mercyhurst Athletics. Throughout the campaign, we are looking for alumni, parents and friends to join us for this journey.

Please take a moment to fill out the short form to connect with our staff, receive campaign updates, and learn more about our efforts to transform the facilities on our campus.

Fill out my online form.

"The athletics experience at Mercyhurst is a point of pride, unity and spirit. It is my profound hope that anyone who has supported or worn the green & white will be part of our new Laker for Life: The Campaign for Mercyhurst Athletics.”

"We are very excited to support this historic campaign for Mercyhurst Athletics. Our student-athletes play a key role in representing Mercyhurst University on the national stage and through this campaign we will provide them the first-class facilities they need to be competitive each year.  We urge all alumni to join us and give at whatever level they can to support our student-athletes.”